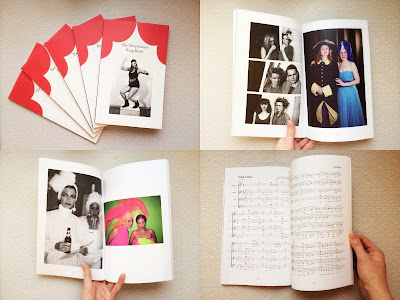 The Sweptaways are in many ways a revolution. Or at least a group of colour coordinated revolutionaries standing on their own barricade armed with pop songs.
(From the foreword by Kristin Lundell, music critic)

The Sweptaways Song Book is filled with sheet music, song lyrics, texts and photographs from the pop choir The Sweptaways’ ten year history of performing at music venues, in bars, clubs and festivals, in collaboration with Swedish and international artists, all while dressed in numerous themed outfits and costumes. The group that started the Swedish indie choir wave open up their secret sheet music folders and invite you to sing along.


The book is published by Ooh Aah Records & Publishing, The Sweptaways own label, and editors are journalist and theatre critic Maina Arvas and the illustrator and designer Tyra von Zweigbergk, art direction and graphic design is done by Tyra von Zweigbergk. All the songs published in this book are from The Sweptaways album Framtiden, also released by Ooh Aah Records & Publishing, 2013. 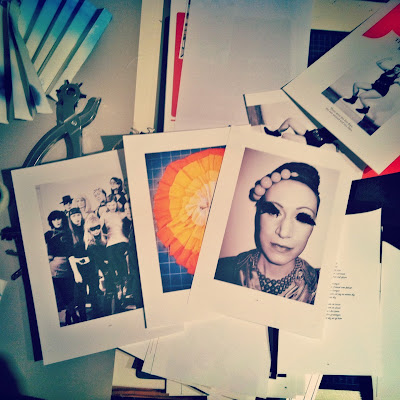 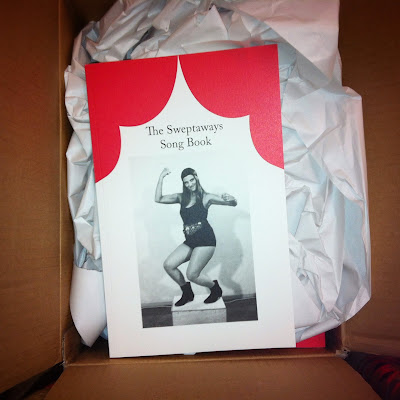 The Sweptaways
The Sweptaways are 20 women singing choir pop songs, dressed in colour coordinated costumes. The Stockholm-based choir was formed in 2003 and has collaborated with numerous artists. Their third album Framtiden was released on December 2nd 2013.